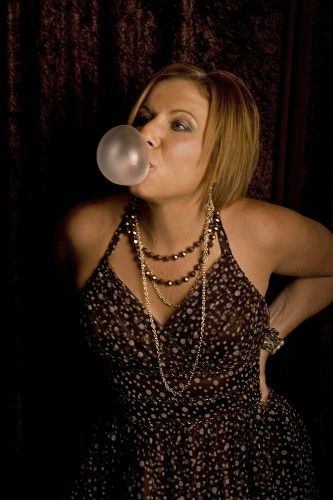 A metro-Atlanta native, Ms. Taylor grew up singing standards in the school chorus and gospel tunes in the choir. Everything else she sang in the shower . . . . . as loud as possible!No one is really certain how the singing career came about. Kayla just always sang. Period. As an adopted child she had a vivid imagination – that’s still true today. “But as an adoptee – you have a lot of other things to wonder about. I think most adoptees wonder who their birth parents are. In my case, there was no discussion. I decided at a very early age that my birth parents were Bette Midler and Dean Martin!” Of course, no one from either of those families has contacted Kayla to let her know that she is the long lost love child of Bette and Dean. “But”, Kayla adds, “They haven’t contacted me to let me know that I’m NOT either!”Kayla came home one day from 7th grade to let her parents know that she’d be performing in the school talent show. “What would she be doing?” they asked. “I’m singing a solo and performing with a vocal trio.” She spent every spare moment for the next few weeks in her room practicing her solo for the talent show. Kayla’s parents came to the talent show to support her but were unsure of what was about to happen. Understandably so. She had kept her singing a big secret. Her vocal trio won first place and Kayla got 2nd place for her solo (Irene Cara’s hit from FAME, “Out Here On My Own”). Her parents recall that they both had to share a handkerchief because they were crying. Neither of them knew she could sing and they were so touched (and probably relieved) by her performance. They’ve been on the band wagon ever since. You’ll see them at most of the shows in Atlanta. They’ve even been known to travel out of state to far away places in support of Kayla’s musical adventures.A five year veteran of the Georgia All-State Chorus, Kayla also appeared in productions of “Vanities”; “Guys & Dolls”; “The Pirates of Penzance” and “South Pacific”. She studied classical piano for over 9 years but will be the FIRST to tell you that she is not the player that a nine year student should be. She has plans to study piano again and this time . . . . pay attention!Kayla Taylor and guitarist/business partner, Steve Moore, have been in bands together for 22 years. They released two CD’s in their rock and acoustic configurations and have recorded many that will never see the light of day! What has seen the light of day, however, are their4 jazz CD's and their Christmas CDKayla has studied voice with many different instructors, including Virginia Wheeler, Linwood Harrison, Jan Smith and Dee Knapp. “You learn something different from each instructor – and it all works together. I LOVE LEARNING,” Kayla says. “There is always something new to learn about the voice. Always a better way or a different approach to take.”In addition to jazz and standards, Kayla has performed country, gospel, R&B, classic and original rock ‘n’ roll.  “I love the jazz and standards from the 1940’s and 1950’s. I always have. So when Steven and I decided to start a jazz combo and perform this music – I was elated.” So was her husband, Scott. “Scott told me for years that he would love to hear me sing the jazz and standards. Whenever we were grocery shopping or doing housework, I would just break out into song and it was always a standard of some sort. He was right – this is the music I was born to sing.”Did she say “Singing in the middle of the grocery store?”. Yep, and she still does. Don’t be surprised if you catch her in the bread isle or the ice cream isle singing and we don’t mean humming. She sings. It happens and there is way to explain it. It just happens.

In 2010, Kayla broadened her musical horizon once again when she and Steve Whitworth teamed up and created Retrograde. Focusing on the folk rock hits from the late 60s - 70s, Retrograde performs tunes from such icons as Carole King, Joni, Mitchell, James Taylor, Fleetwood Mac, Phoebe Snow, Janis Ian . . . just to name a few.  So when she's not busy jazzin' up the town with Steve Moore then she hits the streets with Steve Whitworth and they takes us down another musical path! 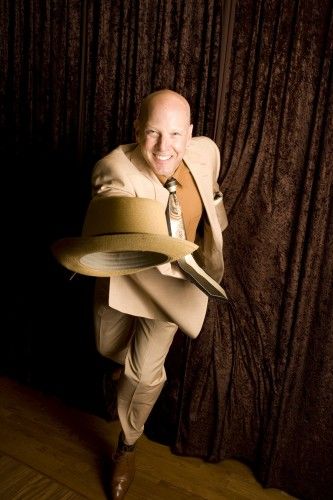 An original New Yorker, Moore is now settled in Atlanta. He began playing guitar at 14, after studying and playing trumpet since the age of eight. Upon discovering a Wes Montgomery record at the public library Steve became seduced by what has become a life long passion for unlocking the seemingly unlimited layers of mystery veiled in the music of jazz. His early influences of guitarists Carlos Santana and Dicky Betts of the Allman Brothers may be responsible for the bluesy feel and heart imbedded in his jazz lines. He harbors a specific love for the jazz style that Blue Note records made famous in the late 1950's and early 1960's. His current sole influence comes not from guitar players, but rather sax players --- specifically Sonny Stitt and Sonny Rollins. “Studying jazz lines played by sax players instead of other guitar players forces me to uncover melodies normally hidden to guitar players because the unnatural way they lay on the guitar fingerboard.” 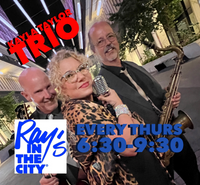 Kayla Taylor Trio - THURSDAYS at Ray's in the City

Your favorite jazz tunes played by Kayla Taylor Trio - every Thursday in the lounge. HEY - we were voted #1 Jazz Group in the world (by our parents). Come see what the fuss is all about! 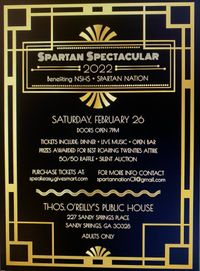 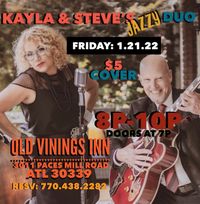