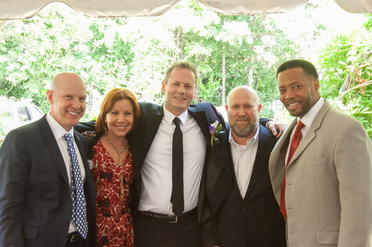 Our dear friend, Herman Jones, Jr, passed away on Friday, May 27, 2016. Herman played saxophone back in the day in our band when we were at Ray's on the River as the house band on Thurs, Fri, Sat nites. He was an awesome bandmate and saxophonist. ALWAYS smiling. ALWAYS ready for the gig.  During our tenure at Ray's, Herman was offered a job as the Band Director at Benedict College in Columbia, SC, and so we said farewell as he moved on to another part of his journey. We all got to see each other a few years ago at fellow bandmate, Patrick Cowan's, wedding. Herman attended with his beautiful wife, Demetria. It was just the greatest surprise for all of us to be together again after so many years apart. None of us knew it would be the last time we'd see Herman. We loved Herman. We love him still. We know many of you would want to know that Herman has passed. Please keep his wife and two children and the rest of his family and friends in your prayers. This was completely unexpected - no warning. He collapsed while teaching class and was in the hospital in an induced coma and when they started bringing him out of the coma . . . things just didn't work out for those of us over here on the other side. RIP Herman Jones, Jr. We will always love you. We will always call you our HERMAN-ator! We miss you. 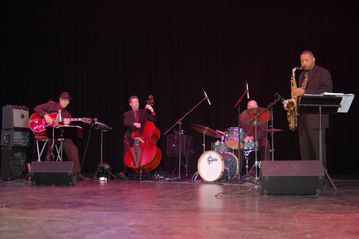 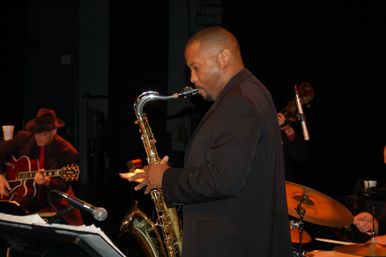 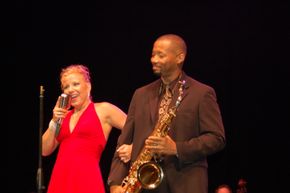